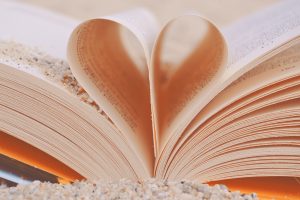 You escape into it with every free minute you have.  The book keeps getting better and better.  You ignore your family, mumbling something about cereal for dinner.  You try to slow down the pace, savoring every well-turned phrase, well-developed character, and well-constructed plot point.  But alas, the pages, they fly.  Somewhere in the wee hours of the morning, the end comes – but it comes with the harsh reality that your escape is over.  After being plunged into the drama, intrigue, terror, and triumphs of characters you grow to know so well, you are cut off, cold turkey.  In the best of all worlds, it’s the first book you’ve read by that author; in the worst, it’s their latest.

So why do I wish I hadn’t read those books?  Because I would give anything to be able to read them again for the first time. I want to devour the story with fresh eyes that can’t see what lies ahead.  I want to experience the exhilaration, the surprise, the tragedy, the triumph for the first time again.  Ah, but what can you do?  Recommend them to others…

*Note:  These books are old.  We don’t value them any less or abandon them just because time has passed and there are new books with fresh covers.

I have a strong bias towards historical fiction.  I find actual history a wee bit stodgy so anytime I can get some history with my fiction, bring it on.  This recommendation may have gone under your radar back in the 90s when it came out or even in 2002 when it was an Oprah Book Club pick (remember those?!).  I was thrilled to come across this book recently at a bookstore and gave it to my son as a present, sharing with him a gift from my soul:  a favorite book.  It still sits in his room, giving dust a place to rest.  He moved out 3 months ago.  Troglodyte.  Nope, kidding.  He’s busy with his tech career, girlfriend, friends, family…and more recent books.  I think I will re-wrap it and keep giving it to him every Christmas and birthday until he reads it.

India in the mid ‘70s after Indira Gandhi’s government declares ‘The Emergency’ is neither a period nor a place that was familiar to me. It’s the story of four people whose lives intersect during a time of civil unrest and tyranny that included forced sterilization and ‘beautification’ (read: slum destruction).  It is bleak, sad, haunting and a compelling read.  Likable characters face tremendous struggles, get beaten down, and rise– only to face more adversity.  Masterfully told by Rohinton Mistry.  Even better, the lives come together in a woman-owned sewing business giving us a different take on how clothes cause community.   Goodreads rating 4.35 with 111,000+ ratings.

Update:  After a visit home this weekend, my son was seen leaving with this book in his hand.  I envy him that first-time read.

For me, a page-turning thriller is a sweet escape.  A creature from the Amazon, a museum that is dark and creepy, and a Sherlock Holmes-y detective?  Icing, baby, icing.  That brings me to my favorite author duo:  Douglas Preston and Lincoln Child.  These gents are intelligent, well-read, and they do their research.  Their FBI Agent Pendergast series tops my list of favorite detectives and smart thrillers. Whether writing together or separately, if they write it, I read it (well, almost everything).  They don’t disappoint—except when held to the impossibly high standard of bettering their previous books.

I recommend starting with Relic, the first in the enigmatic Aloysius Pendergast series.  We are introduced to Agent Pendergast in this book, but it’s not completely his story.  He comes into his own as the main character beginning in the 3rd Pendergast mystery:  The Cabinet of Curiosities.

Relic has a tight pace, a clever plot, and is terrifying (yes!).  The subterranean catacombs of New York’s Museum of Natural History are as much a character as the killing creature who roams there.  I particularly loved the historical and medical/scientific nature of the clues and the beast.  Satisfying your inner nerd while reading a horror thriller is just too delicious!    Goodreads rating: 4.02 with 80000+ ratings.

This is a heart-wrenching story that I read on a cross-country flight and then stayed up all night to finish.

Anna is a 13-year old who was conceived to be a bone marrow match for her older sister, battling leukemia since childhood.  She’s gone along with her role until now when, like other teens, she begins questioning her identity.  Steeped in a tough situation, she makes an even tougher decision:  she seeks medical emancipation from her family.  Life and death dilemmas, family, and a page-turner.

This is a very controversial book and many people hate it.  They hate the emotional manipulation, literary devices and, mostly, the ending.  To me, the premise was worth it all.  At the time, I hadn’t read anything about having a ‘spare parts’ child for another ill child.  As a parent, I was intrigued by the question it brings up:  how far would you go to save your child?  The emotional journey was teary and powerful, manipulated or not.  No, the ending is not satisfying but, for me, the premise and the story up to that point makes up for it.

Jodi Picoult is known for writing stories about real people with difficult ethical dilemmas.  She presents the story from different characters’ perspectives and I like that.  I like getting to know the characters more intimately this way.  Picoult has written over 20 novels but I’ve only read a few.  While she’s not my go-to author, she had me with My Sister’s Keeper.  Wish I hadn’t read it so I could read it again for the first time.    Goodreads rating 4.06 with 950000+ ratings.

Ok, book lovers, which books give you this first-read envy?  Comment below to share your old — or new — favorites.

This error message is only visible to WordPress admins